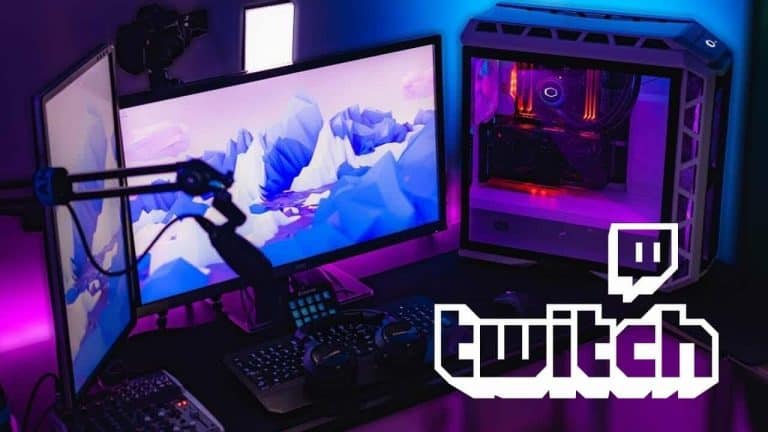 You need a good reliable router to stream on Twitch without dealing with lags, connection drops constantly, and broadcasting worries. To have a smooth Twitch stream watching experience, You need at least 4-6Mbps of download speeds

Additionally, Twitch recommends upload speeds of about 3-6Mbps to broadcast a stream. This should be attainable with most internet connections. Your choice of router contributes to your Twitch streaming experience. In this article, we have tested and reviewed the top four best router for twitch streaming.

If you are in a hurry, here’s a sneak peak to our top choices:

This premium router is arguably the most sought out for streaming content, as it caters to the needs of extensive gamers. It has a plethora of features that aid Twitch streaming and online gaming.

Some of the exciting features of this Twitch-friendly router include the ABB technology that maintains streaming ping at a minimum, geo-filters, support to PLEX media server and VPN, and an impeccable DumaOS gaming dashboard.

It has a set of broad and sleek quadruple antennas that disperse signals to provide coverage to up to 3500 sq. ft.  Explicit Beamforming ensures multiple devices get a stable signal and reduce dead spots.

The 6 LAN ports and 1 WAN port are enough to establish wired connections without compromising the bandwidth. It also has a 10 Gigabit port that can handle ultra-fast speeds. However, it needs an SFP adapter.

Linksys EA9500 is fitted with every function and feature needed for heavy streaming on Twitch and other platforms. It is a tri-band router that offers 5300Mbps of speed, which facilitates uninterrupted streaming. The two 5GHz bands produce 2166Mbps each, while the 2.4GHz band gives 1000Mbps.

The robust processor and the bands work together to make sure everything functions smoothly. With the MU-MIMO feature, multiple users or devices can access the internet at high speeds simultaneously. Due to the MU-MIMO, the router can support a minimum of 25 devices concurrently.

The other features include 8 Gigabit Ethernet ports that provide fast (up to 10 times) wired connections for Smart TVs, printers, gaming consoles, and PCs.

When it comes to security features, there are WPA2/ WPA enterprise/ personal, SPI firewall, and WEP encryptions. They maintain your network’s safety and prevent data theft.

Unfortunately, it’s pricey, and it could use better software configuration.

A combination of 802.11ax Broadcom chipset and 1.8GHz processor makes ASUS AX6100 a powerful router, ideal for Twitch streaming. It has a storage space of 256MB flash storage which accommodates settings and firmware, and 512MB RAM is vital for ensuring maintaining the streaming quality from PCs and consoles.

In terms of coverage, it has four tri-band antennas that facilitate coverage of up to 3800 sq. ft. OFDMA technology, MU-MIMO, and Beamforming deliver a consistent signal to multiple devices concurrently in a four-by-four spatial stream.

While this router makes for a worthy purchase, it only comes with four LAN ports, and it is bulky.

It is a cost-effective option when on a budget and in the market for an ideal router for Twitch streaming. It boasts Beamforming and OFDMA technologies and has two bands, 2.4GHz, and 5GHz, which deliver 574Mbps and 1200Mbps, respectively.

The four antennas amplify the signal to give you a coverage of up to 2200 sq. ft. Archer AX21 has an easy interface that helps with QoS priority and access/parental settings. It also offers VPN support and has plenty of power to get through simultaneous streaming and gaming.

It can handle streaming and gaming alongside other internet-based activities in a small household thanks to the 128MB flash memory, 256MB RAM, and 1.5GHz Quad-Core Broadcom BCM6755 chipset. However, its performance can be limited if the router is connected to multiple devices because of the low memory.

It comes with one Gig WAN and 4 Gig Ethernet LANs for wired connections. Although the 2.0 USB’s transfer speed will undoubtedly test your patience, it will let you manage a storage device or network printer.

FAQs about Routers for Twitch Streaming

Which Routers Do Pro Streamers Use?

A good router depends on the streaming content. The best router should have ample storage and additional features like port forwarding, Beamforming, MU-MIMO, and geo-filtering. Top routers such as Netgear Nighthawk XR700 and Linksys EA9500 are popular picks among pro-streamers.

How Do I Improve My Router For Streaming on Twitch?

You can get the best of your router by using a wired connection because it has greater throughput. You can also prioritize the streaming device’s downward/upward stream.

What to consider in a Router For Streaming On Many Devices?

Twitch is a massive platform with a considerable following. To enjoy twitch, you need a great router with high speeds, current technology features, multiple streaming device connectivity, and sufficient coverage. We have highlighted some of the best option for twitch.