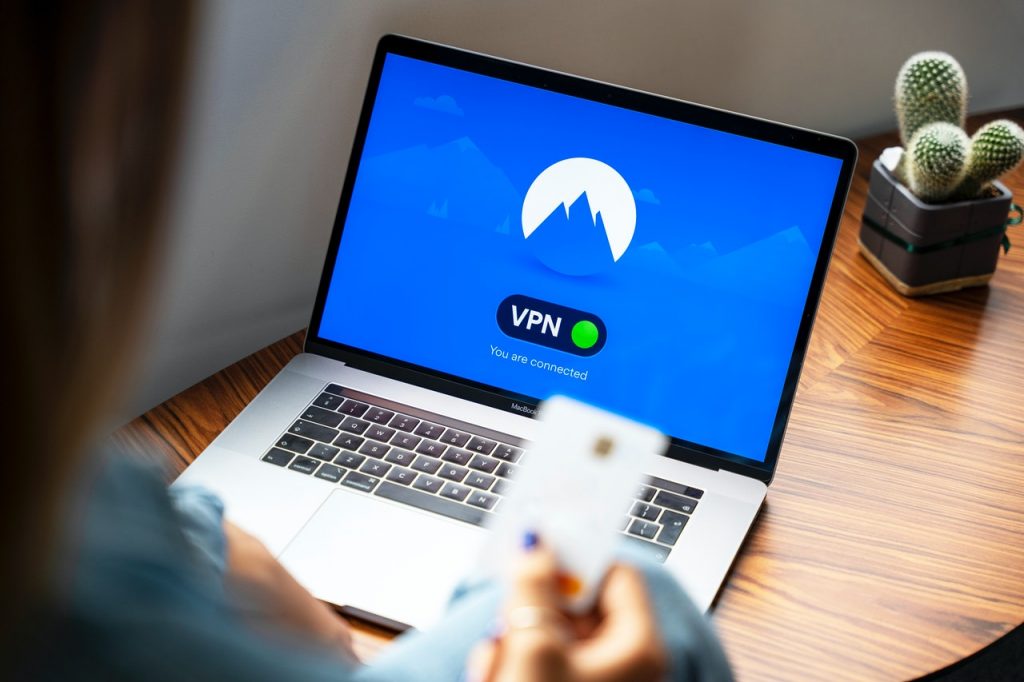 In the age where fast fiber optics internet is all over the place, the last thing you need is a router that won’t give you the best user experience. Whether you live in a small house or you’re in a large apartment, it’s important to consider your options and go for what gives you the experience you need.

Look at it this way:

Would you go with a generic router that your IPS recommends simply because it’s a model from their brand? While that may be okay, chances are it won’t take your user experience to the next level. As such, you need to be careful when making your choices.

My recommendation of a router for apartments is one that meets the latest wired and wireless internet standards. Go for Wi-fi 5 and Wi-fi 6 models, with Beamforming technologies that direct data signals to the client instead of all over the place. MU-MIMO routers are good. And if the model features Dynamic QoS, then that’s even better.

Below are some of the top-rated routers that you should consider for small as well as large apartments:

With Netgear Nighthawk RAX120, you’re getting a router that’s not only secure but also one that guarantees to give you the highest real-time throughput to get the most out of your internet subscription. Whether you need data all over the place or you want to channel wireless signals to multiple devices, this router will enable you to do just that with utmost efficiency.

The RAX120 is a dual-band router powered by a 2.2GHz quad-core processor, which explains why it works efficiently.

With a theoretical throughout of up to 6Gbps from all the frequency bands, and a coverage of up to 3,500 square feet, the RAX120 is a beast when it comes to delivering high-speed data even over a longer range.

Since it uses the Beamforming technology, Netgear Nighthawk RAX120 easily directs signals to the client, thus ensuring you don’t lose important data packets during transmission. And with the Dynamic QoS, this router assigns the right amount of bandwidth to applications that need the data the most.

In addition to making the router the fastest in its class, Netgear also ensures that it’s one of the most secure routers in the market. With Netgear Amor, powered by Bit Defender, you can use the internet without worrying about ransomware, fraud, malware, or virus attacks.

Related: Is modem router combo worth it?

College apartments aren’t often large, so a router such as the Netgear Nighthawk R7000 should be a good pick to go with. The R7000 is worth the price because both the Wi-fi and Ethernet speeds are reliable. And it’s one of the most secure routers in the Netgear family that you can use for streaming, internet browsing, and gaming.

Combined with the Beamforming technology, the 3 antennas locate your Wifi devices and channel wireless signals straight to it. Its compatibility with Amazon Alex just takes your voice control to a completely new level. And the Quality of Service prioritizes bandwidth to applications that need them the most without affecting the data speed to other devices.

From a performance standpoint, the R7000 is a router that gives you the best of internet speeds while ensuring maximum protection on the internet. As a dual band router, the theoretical throughput is 600Mbps on the 2.4GHz band and 1,300Mbps on the 5GHz band. You do get good speeds in real-time proximity and distance testing, which is suitable for general browsing, HD streaming, and bandwidth hungry online gaming.

One of the best things about the Nighthawk R7000 based on several rounds of testing is its effective coverage. It’s a good model for 1,800 square feet rooms, and therefore perfect for college apartments. Plus, you can connect up to 30 devices to the network and never have to worry about lags.

Netgear R7000 features the Amor, a protection system powered by Bit Defender, to keep your network as safe as possible. As such, you can use the internet from any device without worrying about cyber threats.

If you’re looking for a dual-band wireless router under $200 that you can use in a small apartment, you might want to consider the Linksys EA7500. Since the MU-MIMO technology lets you connect multiple devices to the router without interfering with the Wifi performance, you’re free to connect as many as 15 devices to the network and use them all at the same time.

Like many Netgear router, the Linksys EA7500 provides sufficient speeds that can get to any device in a small room, with the theoretical throughput from the bands going up to 1.9Gbps.

With a coverage of 1,500 square feet, this isn’t a router to buy if you live in a storied building. If you live in a bungalow, though, with only a few walls separating rooms, then this one should hold up just fine.

This dual-band router features a number of cool technologies for better performance. Perhaps the most popular is the Beamforming, as it directs signals to the client device instead of spreading it all over the place. By channeling signals to the right device at the right time, Linksys EA7500 is able to give you faster speeds so you don’t have to worry about output buffering when streaming or lags when gaming.

The MU-MIMO technology lets you connect multiple devices to the internet without affecting the performance of the wireless technology. And with the speeds uninterrupted, all the devices connected to your network can get the most out of your internet connection just fine.

It’s not just the seamless wireless connection that makes Linksys EA7500 stand out from the many options out there. It even allows wired connection via four 1 Gigabit LAN ports, which offer faster speeds than what you get from the wireless access.

If you’ve tried a number of wireless routers in large apartments, you must have noticed that they don’t hold up quite well as they claim to. The TP-Link AX1800 is a different Wi-fi router altogether, and you’ll love it partly because it’s relatively cheap and mostly because it guarantees the best coverage and signal reception.

From a design standpoint, we think that TP-Link has given this model the best build. In fact, the model is robust in terms of the design, and better than the single band routers the brand has ever build. The four high-gain antennas are non-detachable, but at least you can move them quite a bit to find better coverage.

There’s a USB 2.0 option at the back of the router, which allows you to read and write files at a reasonably good speed. There are also 4 Gigabit LAN ports, which allow you to connect multiple streaming devices if you have them lying around the house.

TP-Link invests in the best and latest security options, integrating only the best of the latest safety standards in its technologies.  With the WPA3 security, your network and devices will always be safe from cyber threats.

When it comes to performance, the TP-Link AX1800 is a model that does better than the brand’s old routers. With a theoretical throughput of up to 1.8Gbps from both bands, this router promises optimal performance in terms of speed, provided your ISP doesn’t cap your internet.

According to TP-Link, the AX1800 will give you the next-gen speed. And while the router won’t exactly clock the theoretical throughput of 1,200Mbps on the 5GHz band and 547Mbps on the 2.4GHz band, you can expect something pretty close. Overall, this wireless router gives you a real-time throughput, based on close proximity and distant tests, that support 4K streaming, stable downloading, and better gaming without worrying about network failures.

Related: Why is my computer not showing 5GHz Wi-Fi?

The Size of Your Apartment

How big your apartment is will determine the kind of router you get. For example, Netgear AX10 Wifi 6 Router has a coverage of 3,500 square feet, whereas a model such as the Linksys EA7500 can only cover up to 1,800 square feet.

I recommend going for a router that has a wider coverage. That way even if your apartment is crowded, you’ll still be able to get a decent signal reception from the router.

Beamforming technology is a must-have feature in a wireless router, at least in our opinion. This is relevant because of performance efficiency. The technology directs signals straight to the client device; hence more reliability as far as access to the internet is concerned.

Purpose For Buying the Router

People buy apartment routers for different reasons. So even if money isn’t a problem, or you’re currently under a tight budget, you need to think about what you’ll be using a router for before settling for one.

If you’re only interested in enabling simple browsing from multiple devices, any standard Wifi router will do. But if you have bandwidth hungry devices such as 4K TVs, Xbox consoles, and PS5 devices lying around, it’s good to go for the most powerful router in the market.

To be clear, performance isn’t directly proportional to cost. Some routers, such as Asus Archer 7 are relatively cheap yet deliver better throughput just like high-end models. So keep in this in mind when picking your router.

It’s important to note that the throughput indicated on a router is only but a theoretical value. The actual figure is what you get through testing. As such, test the router you pick to determine its speed first. This will make it possible for you to determine if it’s a good device for you.

Number Of Devices To Connect To the Network

Don’t just pick a router blindly simply because you’ve seen it has a 4.5-star score on a site like Amazon. Sure, it may be good. But how many devices can it connect? If you intend to connect multiple devices to the network, this is de finitely something you’ll need to look at.

Over the years, people have embraced the power of streaming, and it is no longer a preserve of tech enthusiasts. Today, many apps and devices deliver amazing streaming. To enjoy these apps and...

Technology is getting more wireless every day. We have wireless internet, wireless headphones, and Chromecast to stream media from the phone to the TV. While smart TVs allow us to stream Netflix...