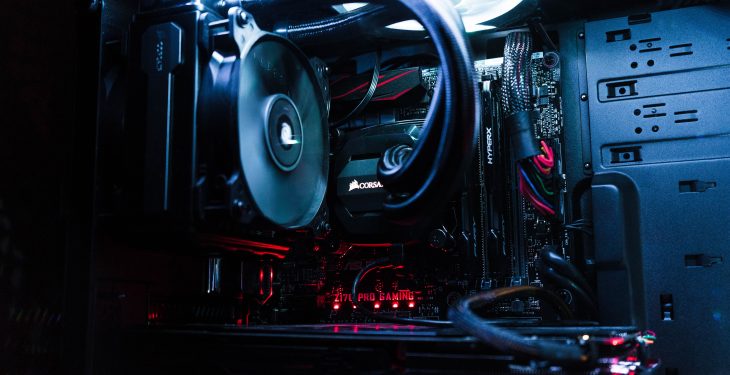 Computer processors and graphics cards are crucial components in your computing system. CPUs are generalized processors that tackle a broad range of tasks, while GPUs are specialized units that process computer graphics. Choosing the right CPU-GPU combination provides optimal graphics performance. Failure to match your CPU with a compatible video card may bottleneck either of the processors.

Reduce the strain on your CPU by pairing it with a powerful graphics card. Combining the AMD FX 8350 processor with a suitable GPU will take your online gaming experience to the next level. This guide highlights the best video card for FX 8350 and the key considerations when choosing the best video card.

Consider your power supply when choosing a video card for your custom build. If you have one that provides enough juice, avoid graphics processing bottlenecks when using the AMD FX 8350 by pairing it with one of the following GPUs.

Embedded with 6 GB of GDDR5 video RAM, this graphics card for FX 8350 can achieve boost clocks of up to 1,708 MHz. It has a built-in cooling mechanism that will help dissipate excess heat. This GPU features a max digital resolution of 7680 x 4320 at 60Hz and supports multi-monitor installations.

This dual-slot graphics card for the FX 8350 comes with 8 GB of GDDR5 memory, connected through a 256-bit interface. It draws power using a single 8-pin power connector and has a power draw rating of 150 W. Display outputs include DVI, HDMI, and DisplayPort.

Based on the Baffin processor architecture, the AMD Radeon RX 460 graphics card supports Microsoft DirectX 12 technology. Its support for DirectX and other performance-enhancing technologies allows use in demanding applications like online gaming.

This graphics card has 896 shader units and 56 texture mapping units. Its 2,048 MB GDDR5 memory uses a 128-bit interface to optimize performance. With a boosted operating frequency of 1,200 MHz, the RX 460 speedily executes complex commands. It features a dual-slot cooling solution.

Designed with AMD’s Polaris 20 chipset, the Radeon RX 580 is a robust GPU that can handle intensive applications. Its 2304 shader units and 144 texture mapping units help create stunning visuals. This GPU has 8 GB of GDDR5 RAM, connected via a 256-bit interface. Its maximum clock speed is 1304 MHz for speedy operation.

The Radeon RX 580 draws power from your PSU using an 8-pin connector and has a TDP value of 185 W. You can use it in multi-monitor installations. With built-in cooling, this card stays cool and quiet during demanding workloads.

The AMD FX 8350 is a desktop processor with eight CPU cores and threads. It features L1, L2, and L3 caches of 384 KB, 8 MB, and 8 MB, respectively. This CPU can handle multiple intensive tasks with a base clock of 4.0 GHz and a boost clock frequency of up to 4.2 GHz.

It features a default TDP of 125W and a maximum operating temperature of 61 °C. The FX 8350 processor supports DDR3 memory through a dual-channel interface. It communicates with other components using a PCI-E Gen 2 connector.

Factors to Consider When Choosing a GPU

Graphics cards process data and render graphics on your computer for immersive viewing. Upgrading your video card improves your computing experience and enables you to play the latest game titles and enjoy smooth, tear-free images.

Here are some necessary specifications to consider when buying a new graphics card.

Measured in MHz, GPU clock speed impacts latency, input lag, and frame rates. Look out for a GPU with higher clock speeds for peak operation in graphics cards of the same generation.

Bandwidth is the amount of memory that a video card can access. GPUs with higher bandwidths feed data to the shader cores faster, creating stunning graphics.

Most modern video cards come in dual-slot form factors, so ensure you have enough space on your motherboard. GPUs also generate heat. The amount of heat they produce is their TDP value.

If you buy a graphics card with a high TDP rating, you will need to upgrade your computer’s cooling system. Video cards often feature built-in fans that regulate operational temperature.

Related: Why your gaming laptop is overheating

Before getting a new GPU, ensure that your power supply is compatible. Some video cards have single or dual, 8- and 6-pin power connectors.

A graphics card that supports multiple displays allows efficient multitasking. The most common display output ports in video cards are:

Also, check out the maximum resolution rating to ensure that it matches your unique requirements. Look out for features like VR-readiness and GPU boost technology.

Finding the best video card for the FX 8350 comes down to speed, connectivity, and budget. However, the GTX 1060 and GTX 1070 stand out as the best video cards for your FX 8350 processor. They come in attractive designs with an array of features.

Here are some frequently asked questions about the FX 8350.

Does the FX 8350 have integrated graphics?

The AMD FX 8350 does not have integrated graphics.

Will the FX 8350 run hot during intensive applications?

The maximum operating temperature of the AMD FX 8350 is 61 °C. It autonomously throttles to maintain the temperature below this value.